The Analog to digital converter (ADC) is functioned to convert an analog signal into a digital signal. In this case, the signal conversion is processed using FPGA. There are some types of ADC in the signal conversion, i.e. Successive approximation ADC, Dual slope ADC, Sigma-delta ADC, Flash ADC, and so on.

In this article presents an ADC of MCP3202 IC. This chip is based on the technique of successive approximation register method (SAR) Conversion. It has only 8 pins which are shown in Fig. 1.

This ADC will be initiated with the MSB bit of 1. Thus the register monitor comparator output will check if the binary values of SAR greater or less then analog input and adjusted to the binary value according to it. The description of this pins could be shown in below,

Interfacing Between FPGA and ADC MCP3202

There is a clock line of SCK which is connected to the CLK to synchronize the transfer. The clock is always controlled by the FPGA. This communication is a full duplex that the data can be sent and received simultaneously. An SPI transfer is initiated by pulling the CS line in a low state. The CS line sets at HIGH during the idle state. So the FPGA can write to the bus in 8-bit data. The configuration between the FPGA and MCP3202 can be shown in Fig. 2.

Figure 2. The configuration of MCP3202 and FPGA

The VHDL code for ADC MCP3202 can be download here.

(also referred to as Xsim or Isim) Xilinx is no longer possible to install the Modelsim. However, the Xilinx tools have good built-in...

My name is Ferry Wahyu Wibowo. I’m interested in the research field of intelligent reconfigurable systems and wireless sensing systems. This field is combination between artificial intelligence and reconfigurable computing emphasized in Field Programmable Gate Arrays (FPGA) and Very High-Speed Integrated Circuit Hardware Description Language (VHDL), while the smart wireless sensing systems are about the wireless sensor network (WSN) and embedded environment including the internet of things (IoT). 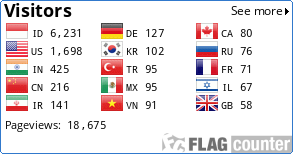